Streamer Nadia got swatted in the middle of a live show at Warzone, but a police officer managed to lighten the mood brilliantly.

In recent days, many streamers have been swatted and it’s alarming. We already count IShowSpeed, Keffals and Adin Ross who have fallen victim to this terrifying trend recently. This is something that has almost become commonplace for American streamers.

Recently, Nadia had to rebel against sexist viewers who turned a Warzone video into a simulation of someone washing dishes.

Community members still stepped forward to offer Nadia help including Jake Lucky. And now the police are forced to show up at her house because of some really bad jokes. It really can be scary to be a woman in the video game world.

Swatting is the malicious act of finding a streamer’s address and then asking law enforcement to go there, claiming that something bad is going on.

Nadia mysteriously disappeared during a streamer and eventually returned to the camera with a police officer confirming that she was indeed a victim of swatting.

The officer seemed extremely understanding and obviously knew the world of Twitch. He greeted Nadia’s Twitch chat and then asked his viewers, “Can you at least send some emotes in the chat, or at least set the mood a little?”

He clearly did his best to lighten the heavy atmosphere of this stream following the swatting, and he took the opportunity to take a gentle swipe at the person behind the swatting: “His stream doesn’t need to end immediately because of someone who wanted to be a jerk.”

Fans are now hoping that Nadia won’t have to deal with this kind of very disturbing problem in the streaming world. 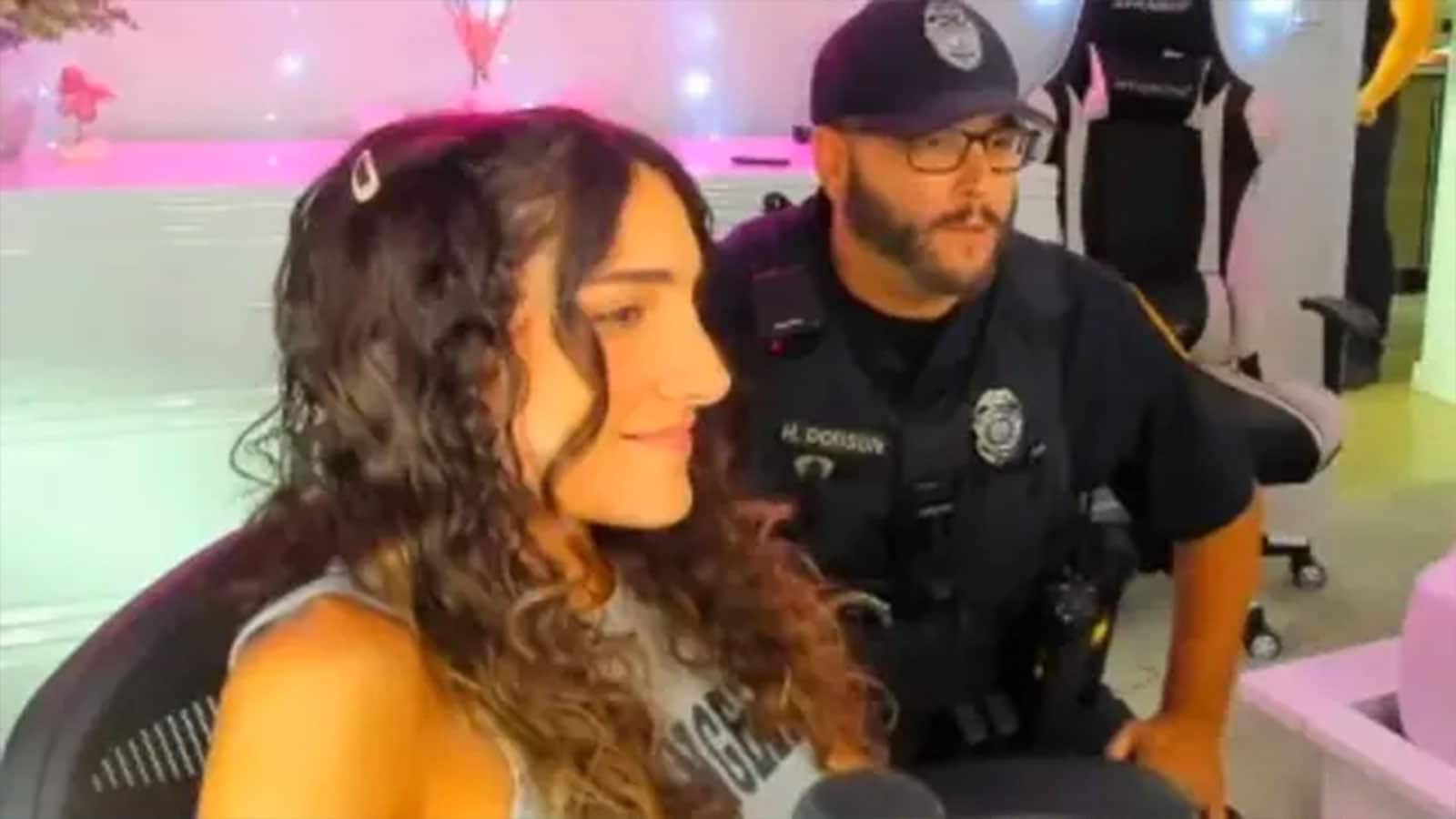